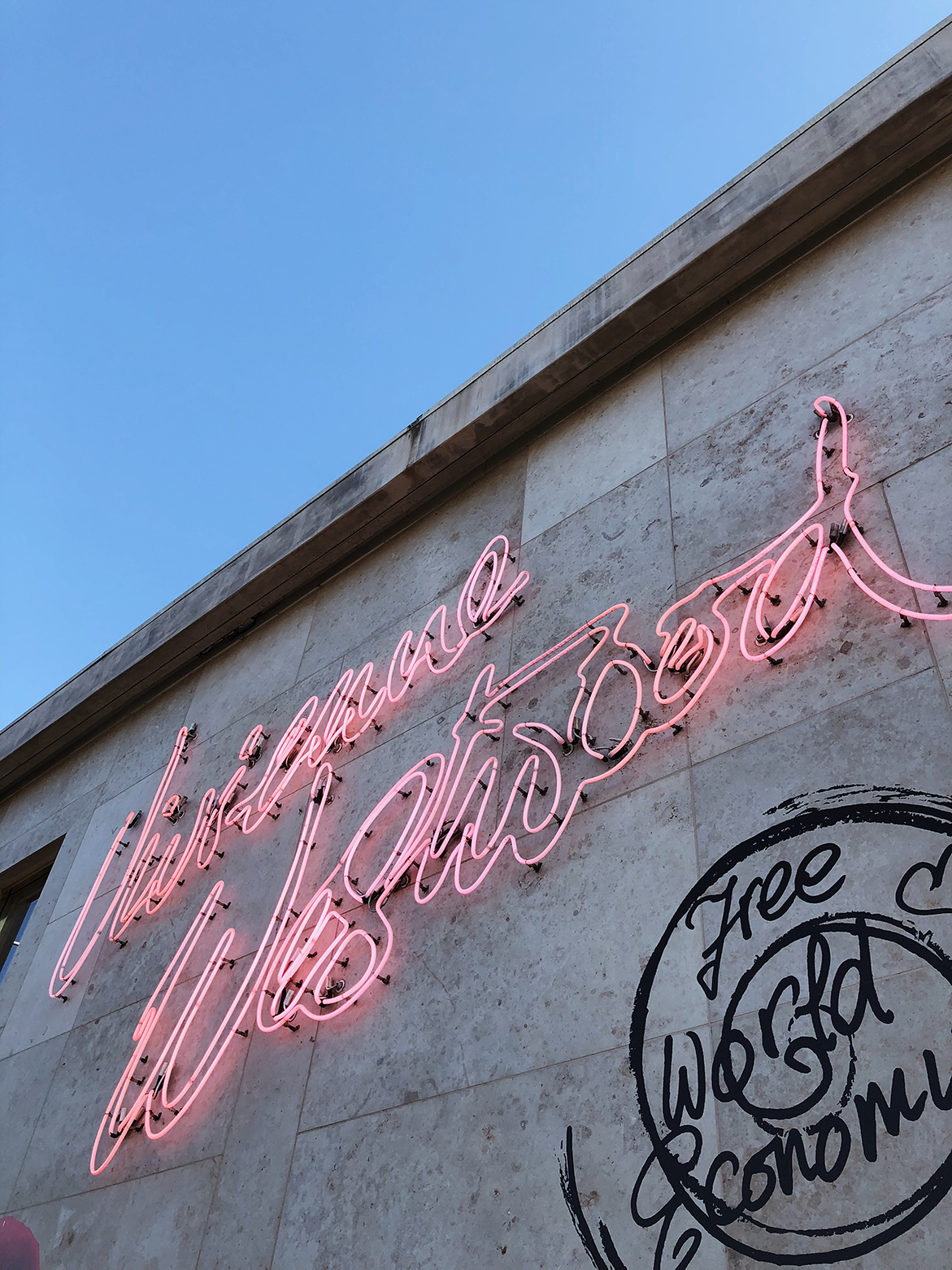 The last couple of weeks have been way too busy. My university courses are taking up too much time and effort which makes it hard for me to blog on a regular basis. But I will do my best, I promise. For now I just wanna get my LA posts done and share a couple more pictures with you including some pink pictures of classic LA things. 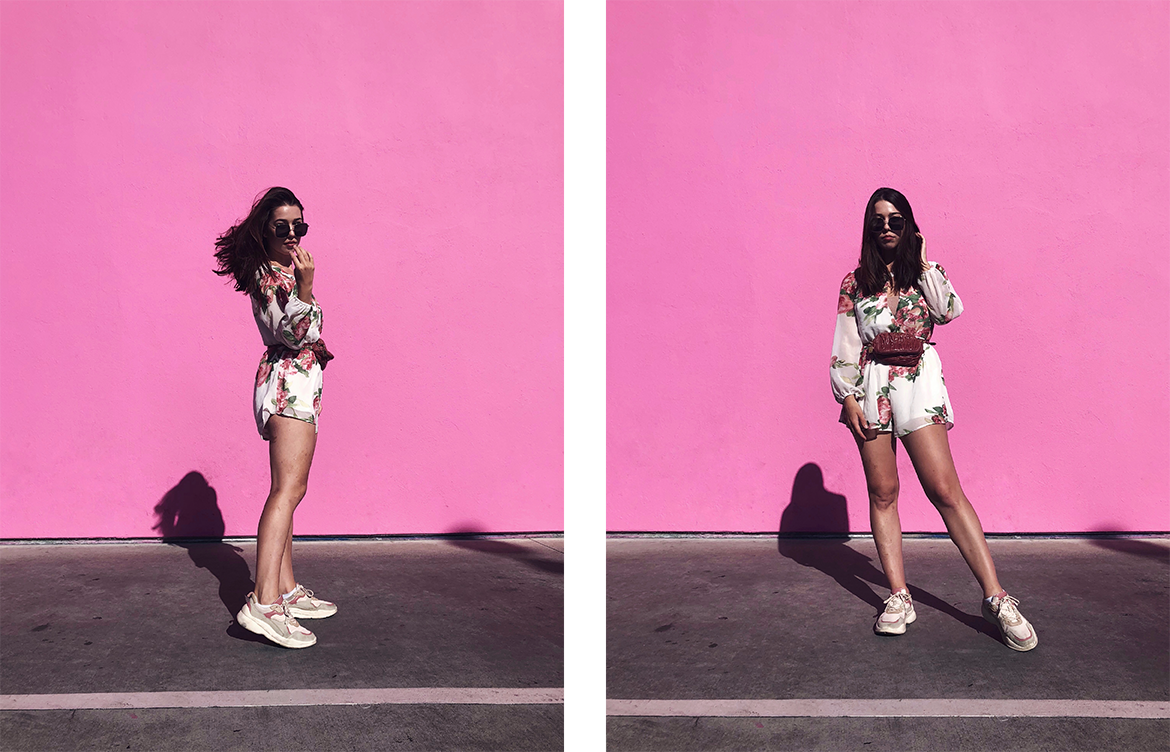 We took these photos in West Hollywood and Beverly Hills. Well most of them where actually taken on Melrose Avenue like the one of the neon lights of the Vivienne Westwood shop and the iconic Paul Smith wall. Speaking of the Paul Smith wall, taking pictures there was a very odd experience. First of all I imagined this place to be way bigger and I thought people were actually lining up to take pictures. Well there were some people but mostly tourists who snapped one picture and left. I think I literally had a thousand pink wall pictures on my phone. But you know I just wanted to get it right. You can't shoot in front of THE pink wall every day. 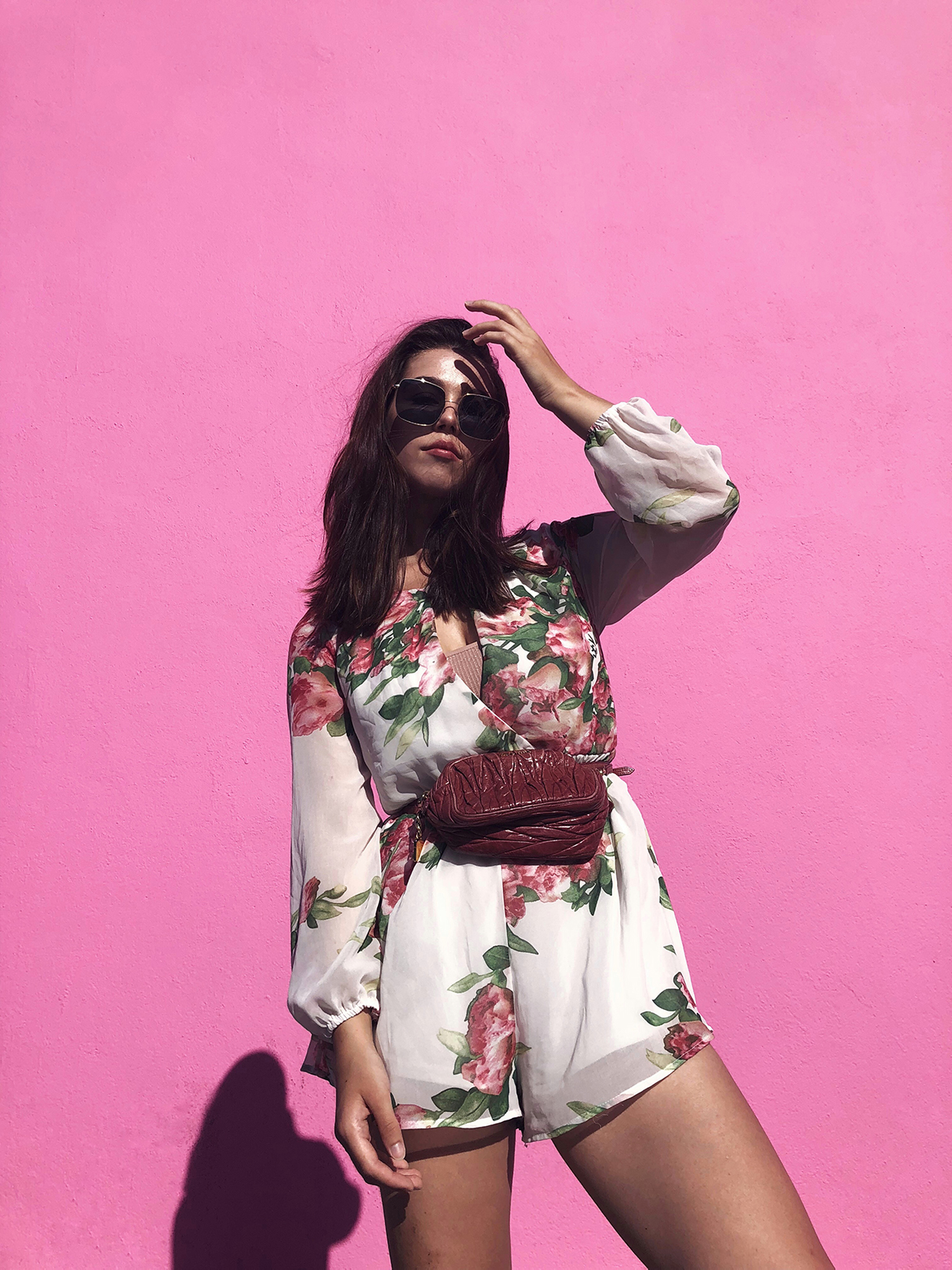 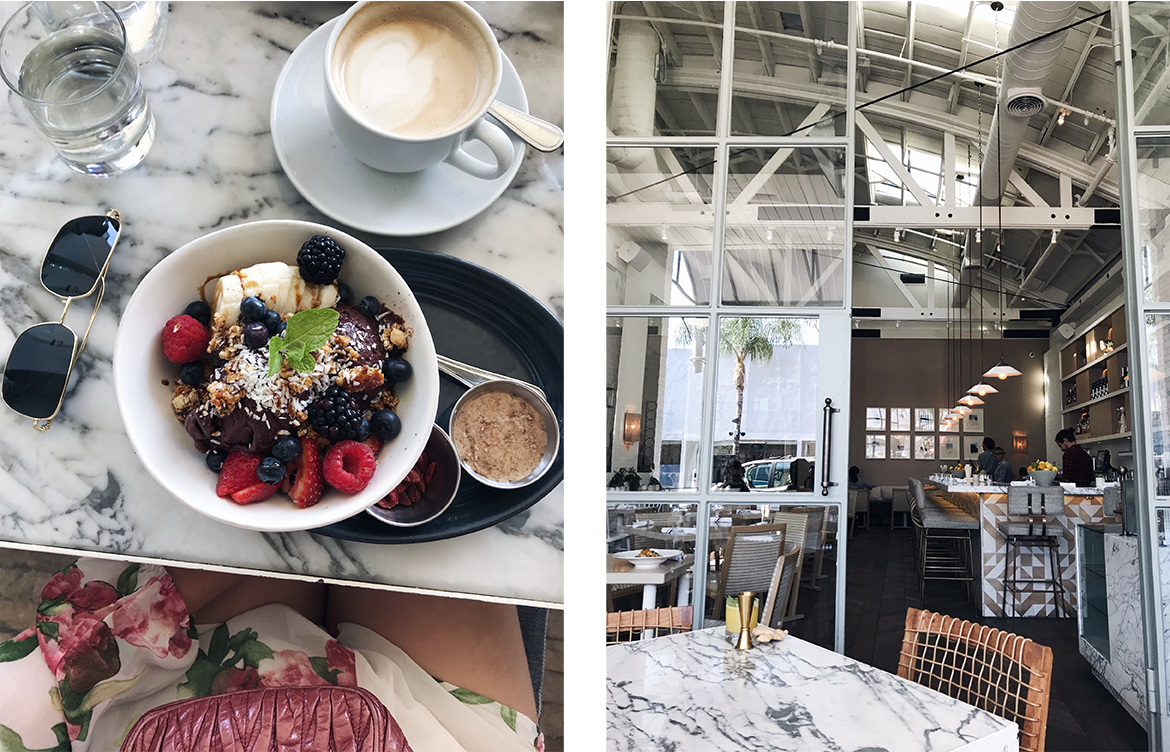 On this day we had breakfast at Café Gratitude in Beverly Hills and walked down Rodeo Drive. Beverly Hills is definitely one of the prettiest areas in LA but it's also as fancy as you would probably imagine. It reminded me a bit of the posh places you can find in Vienna and I'm not too fond of these places anymore. Later on we walked to Melrose Avenue. Those who know LA, will think we're crazy because the distances are ridiculous. But we actually walked a lot. It sometimes took as an hour or longer but we saw so much more of the city than we would have by car. After getting a huge lemonade at Lemonade we went shopping on Melrose. I bought a couple of pieces at Adidas Originals and Urban Outfitters including the black outfit I was wearing the next day in the pictures below. 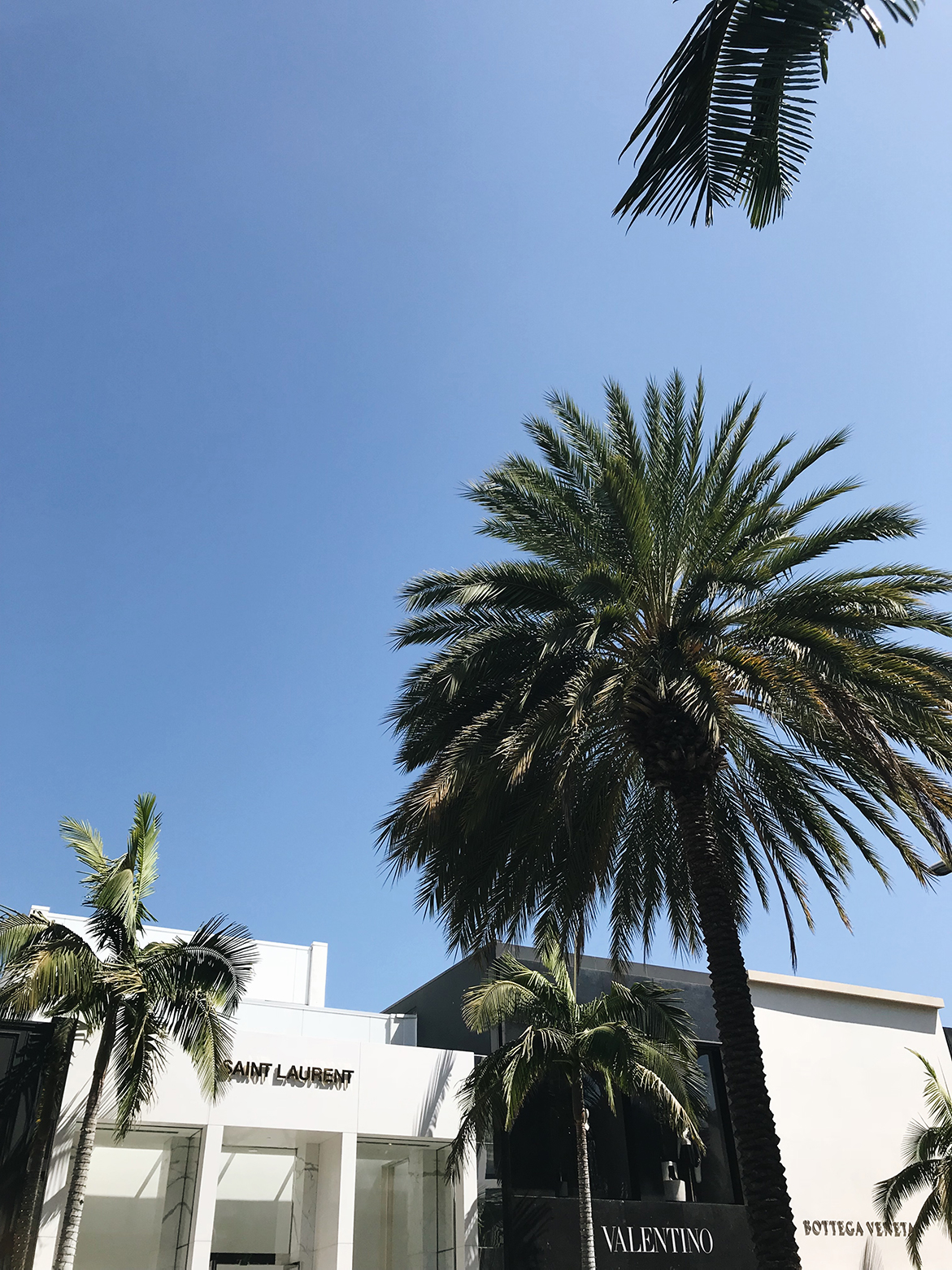 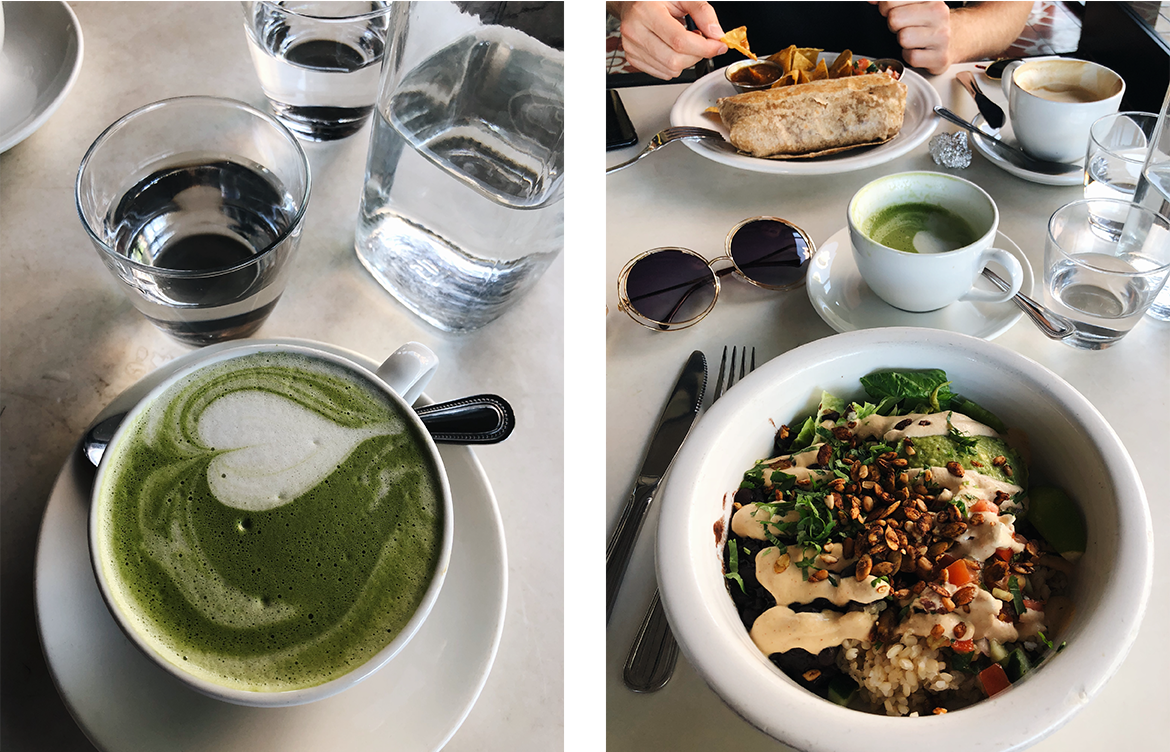 I wasn't feeling too well that day so we slept in and went downtown later on. We went to The Grove, checked out the new iPhone, bought some AirPods and had some coffee. I wanted to get some pictures at the Urban Light so we walked there. (Don't worry this was just a 15 minute walk or so.) The Urban Light is actually such an amazing piece of art. And some people might even forget that it's not just a pretty photo spot. I saw people climbing on it and kids using it as a playground which is kind of disrespectful in my opinion. A piece of art is there to be observed and admired and in this case used as a beautiful background for photographers or tourists. 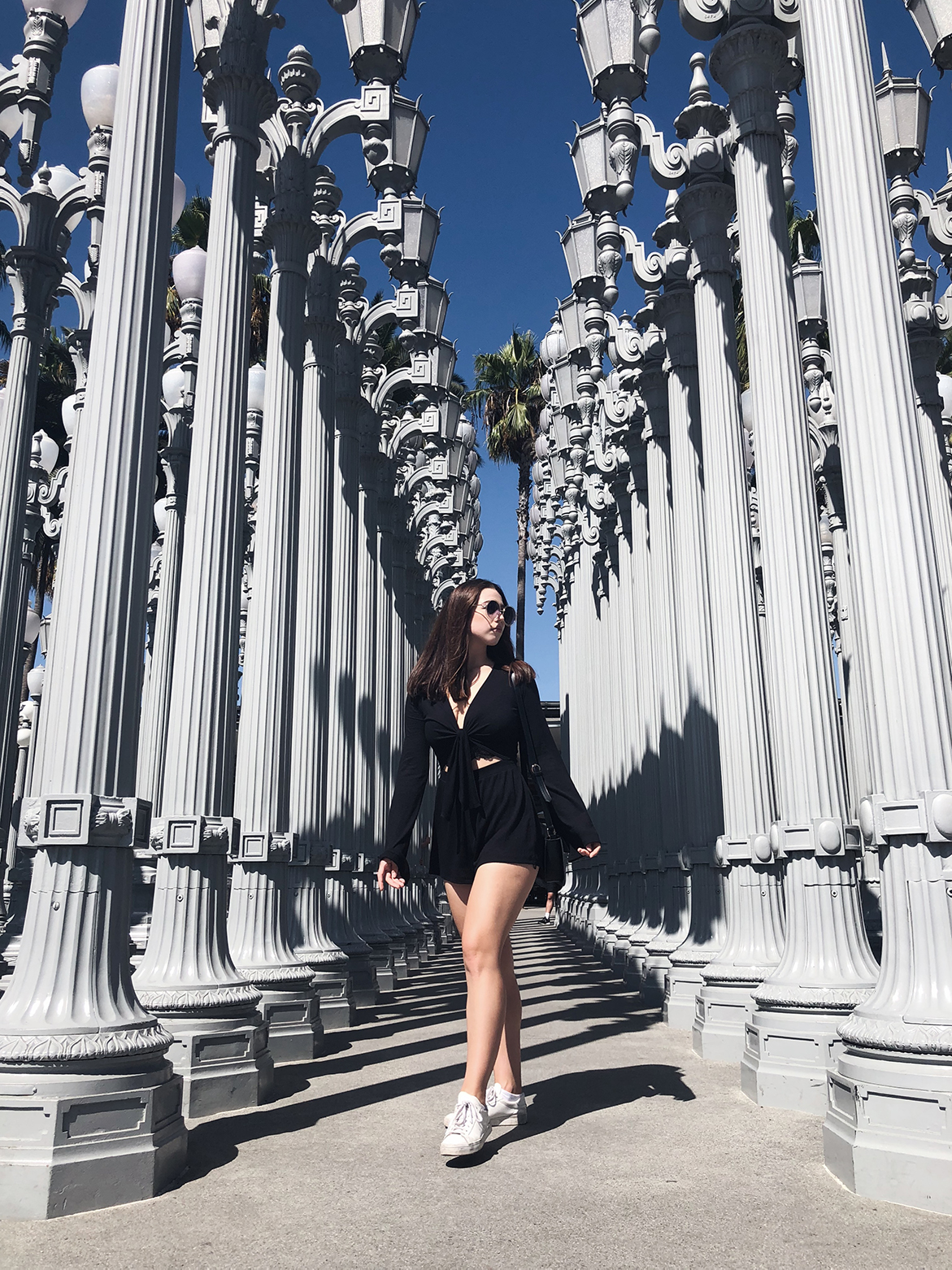 Generally I love taking pictures in LA. There won't be anyone judging you, giving you weird looks or saying something stupid. This is actually what happens to me on a daily basis in Austria. Most of the people's minds here just seems too small to understand that taking pictures might just be a job like theirs. In LA nobody cares. The least thing they will do is complement your outfit. I used to take this very personally because I might seem confident most of the time but there were some comments that hurt me in the past. When I came to LA I felt like I was in the right place, surrounded by the right people who have similar ideas, visions and attitudes as me. So maybe all I wanna say is that next time you see someone taking pictures on the street or doing anything that seems unusual to you, say something nice or say nothing at all. Oh and when you see me, just say hi. 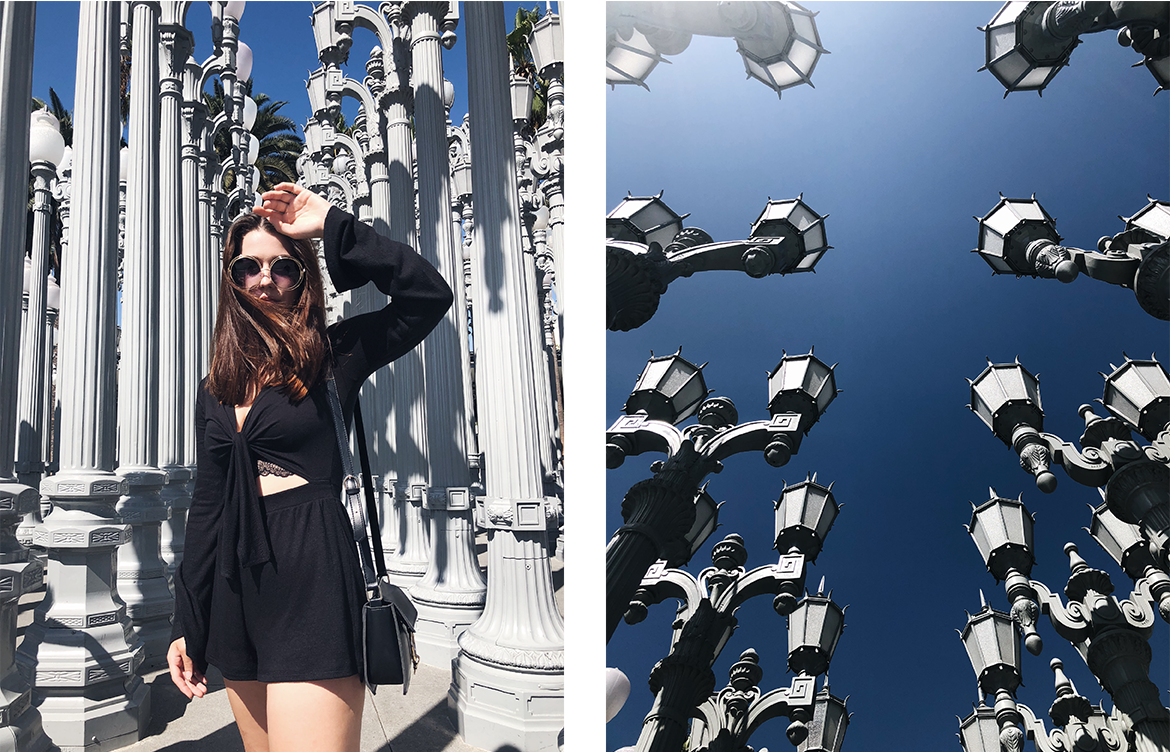 There is one more thing I wanna get into since this is a real talk blog post now I guess. The Urban Light pictures turned out really nice and they are one of my favourite pictures we took in LA. But I felt so so shitty. The sun was way too hot for me and I was sick. There were tourists everywhere and we had to wait until we could get a good shot. Then even more people came, we had to wait again in the sun and this went on and on and on. So even though our feeds might look nice and happy and candid, there is so much more going on behind our screens. 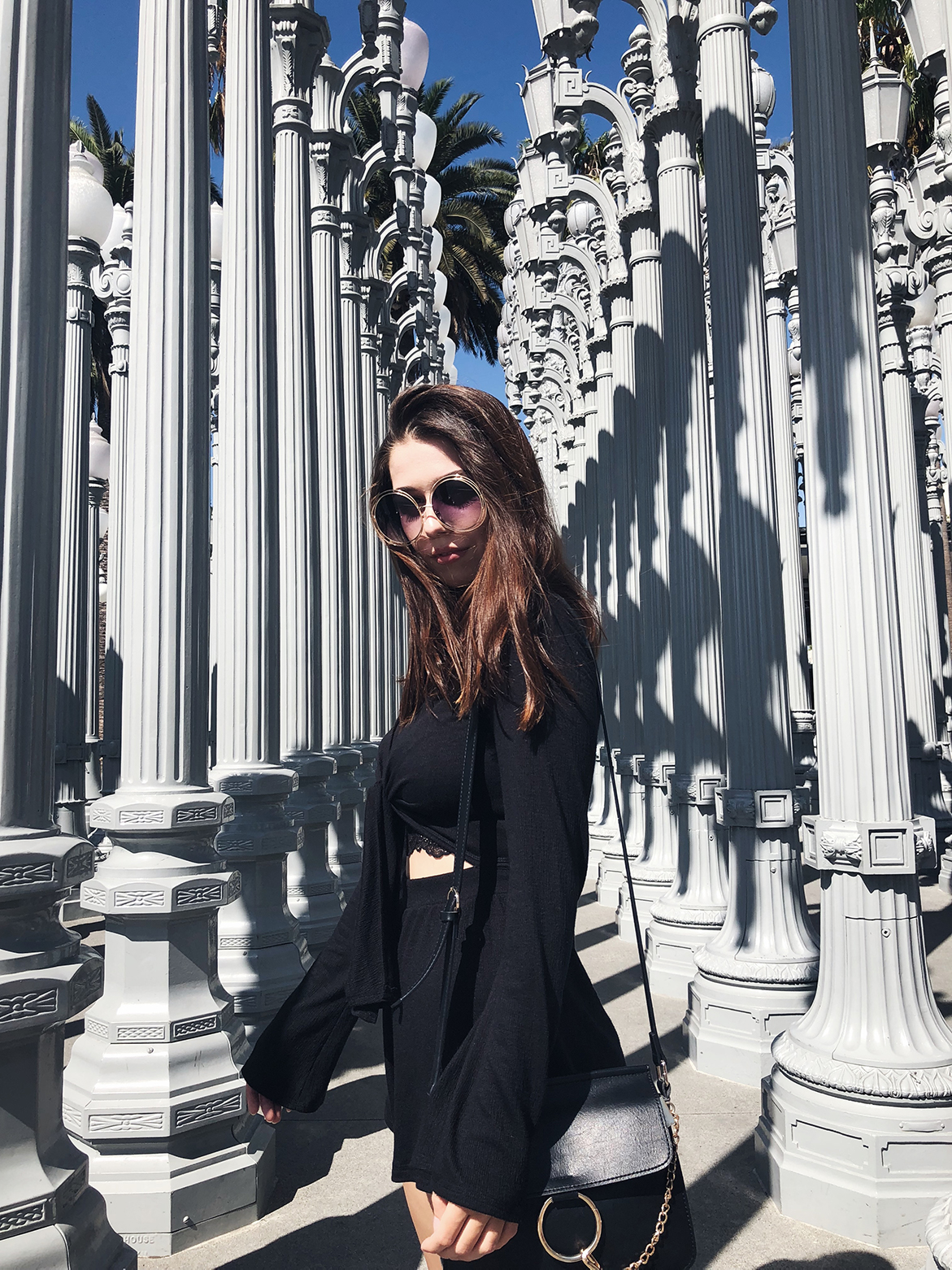